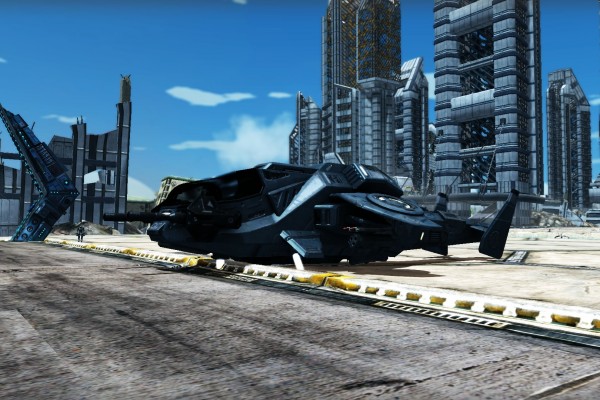 Since we released the game on Sept 16 with the Heatwave planetary scene and the GCV-Starguard station, all but 6 (*) of 13 in the world are yet to be unlocked for testing.

Since that time, a number of you have sent in many scene related bug reports in the following categories.

The two remaining stations are going to be unlocked within the next week.

The four remaining scenes are space scenes which are inaccessible without aircraft. We expect to unlock all four scenes at the same time once we start unlocking aircraft for testing in the coming weeks.

In the meantime, we expect to unlock the ATS (Automated Transport System) within the next two updates.

The ATS is network of shuttles (SC490, K19XZ) which travel through each of the scenes in a pattern and on a timed schedule. You can hop on and off at will; even if the shuttle is currently airborne.

Each scene has a total of four shuttles which fly different routes. They visit (at various altitudes) several key areas of each scene, land on a launch pad, wait for a bit, then take off again.

You can tell when the next shuttle will arrive by walking up to the terminal located at the launch pad.

These shuttles are fully automated – and cannot be destroyed (yah, no griefing there folks) by any weapons in the game.

The ATS was designed to allow players who don’t have certs required to operate aircraft, to be able to travel through these large scenes with ease. If you have a jetpack or wingsuit, you can still use the ATS to get to certain areas, then jump out while in transit.

Once the ATS is unlocked and you can get to other areas of the map, it will be time to unlock the first of four infantry combat phases. Then you’ll finally get to run around with weapons of mass destruction.

Though we use Jira for our internal task tracking, we’ve been working on a public roadmap website where you can track the progress of what we’re releasing in each update as well as be able to vote on some features which have not yet been implemented for this game but which are being considered for implementation once the game is officially released next year. We expect to make the website live within the coming weeks once it has been fully tested.

Finally, I want to thank you all for being patient and for understanding why, with our limited resources and for such a massive game, we have decided to conduct our testing in this “staggered” manner. It is for the greater good. Been doing this a very – very – long time, so you just have to trust that I know what I’m doing.