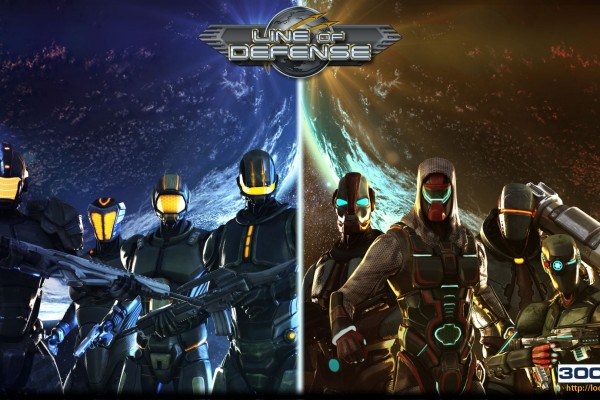 As they say, no news is great news, right?

THE BEST LAID PLANS OF MICE AND MEN

Anyway there’s a LOT going on behind the scenes regarding not only the game which was almost complete before we were forced to consider a UE4 port (mentioned here and here), but also to our deployment strategy. What I mean about deployment pertains to the game’s built-in hybrid model in terms of either a traditional MMO or a tighter focused session based deployment.

From the onset, the game was built to support both deployment types due to the ever-changing industry trends. I have been doing this for over 30 years, shipped many games, and so I can’t begin to explain just how disastrous it is for a game’s premise, genre, technology, and content to end up being outdated as time goes on. LoD was a tremendous effort which, though it’s not as ambitious as my other more niche games (btw, I wrote a blog about my first game, Battlecruiser 3000AD, being released 22 years ago this past October), ran the risk of falling victim to all of those pitfalls. The funny thing is that years ago when I decided on the colorful art direction for the game, while taking into account the target system requirements, I had no idea that several years later, that sort of art direction would be prevalent in the PC gaming space. Even so, most of the game’s assets still need to be updated (from the high def sources), and in some cases (e.g. weapons), go through radical improvements to both the mesh and textures, as well as weapon reload animations and such.

It’s also a nightmarish decision to make when you have to decide whether or not to release a completed game with the current PC only engine, while putting the console version on hold for an indefinite period of time. There are several games which released successfully on the PC side, and then followed up with console version several months later. But there is a significant amount of risk involved in making a decision like that because if the PC version isn’t well received, you’re just wasting time and resources on console versions even though the players and platform are different in their own regard. The cancellation of the console version of the Havok Vision Engine by Microsoft, as well as the end of support for the PC version, put myself and several other devs in a pretty bad situation. At least two devs canceled their games completely, while another that I know of are currently porting to Unity. In our case, we had already pitched and previewed the game to both Microsoft and Sony, then subsequently got it approved along with getting us dev kits etc.

So yeah, not good.

The current focus is on improving the art assets, wrapping up remaining (the game is already content and feature complete, so there’s nothing to cut) WIP features, tweaking and debugging several items, and completing the game while continuing on with the UE4 port in parallel.

To that end, due to current trends and because the game’s partitioned world design and engine design gives us the choice, the decision has been made to deploy two platform dependent versions of the game. This is similar to what was done for the All Aspect games which we did several years back. They supported both session and persistent server (with publicly distributed server files) modes.

1) A session based mode. This supports up to 64 (user config) clients (local or remote) depending on server capabilities. If you watched my last live stream, then you have an idea of how this works.

As with our previous multiplayer games, anyone will be able to host and play a game. The current server UI will add support for standard or ranked servers using our pre-existing SteamWorks backend with our PlayFab integration.

As this will be using any capable local PC, remote bare-metal server (which we currently use ourselves) or cloud (Google, Azure, Amazon), you can setup your own (local or remote) server or rent one. You know, traditional hard-core PC master race type stuff.

This deployment also ensures that as long as there are people playing, there will always be servers to choose from; even if/when support for the game ends at some point in the future.

2) A persistent server mode. With support for up to 3328 clients across a cluster of servers, this is the persistent (as in MMO hybrid) version which we were stress testing with you guys and which is based on our Wide Span Global architecture.

Aside from the persistent nature of the world, as well as the server config support for more clients, all game play elements and features remain the same.

As things progress, and based on dev schedule and state, we will continue to push test builds to those with access to our CBT servers. And no, we don’t expect to open the game to additional testers at this time.

Yup, that’s basically where we are. Remember, you don’t always get to see how the sausage is made. More news coming soon! In the meantime, you can reach us via the support email, our community discussion page, or on our Discord server.

It has been awhile since the last dev update and patch release. A LOT of work has been going on in the background, along with some new and exciting things which we hope to share with the public at some point in the near future.

However, this project, one of our largest undertaking since the original 1996 Battlecruiser 3000AD project, is slowly winding down. Most of the work left to do is related to completing and enabling certain features for CBT testing, tweaks and improvements. For example in the upcoming update, we overhauled the Aim-Down-Sights system, as well as the HAIS drop launch and wingsuit/wingchute flight dynamics. We’re also tackling the fps dynamics because it still doesn’t feel quite right, and most of it is related to physics.

With the above out of the way, and we enable user controlled planetary vehicles, that would be the bulk of the major updates. The changelog has also been restructured for better clarity.

Also left to integrate, are some content (some weapons, vehicles, as well as some planetary environment assets) revisions which will improve game’s visuals.

And we then go through the final wrap-up phase, with the final inventory system to include the implants, and other inventory items (e.g. backpacks) which rely on that system. Of course the on-going bug fixes and tweaks will continue, right to the final release build.

Though we have enough people in the CBT (Closed Beta Test) program to help test point releases, we are still planning to do an OBT (Open Beta Test) at least a month before final release. With the ability to host and join game sessions in the final version, this will enable us to gather some international metrics from those hosting their own sessions.

Though we are still going to have our two official WSG server clusters online for the public to play on, allowing everyone to host their own game sessions (as we did with our previous games, e.g. All Aspect Warfare and Angle Of Attack), allows our international gamers to have a better experience than they would if they were connecting to US servers. We don’t use cloud (Google Compute, Amazon AWS) instances, as we never designed the game around that. Contrary to popular belief, multiplayer cloud server instances are not cheap. And as a small indie studio, we simply don’t want to have to deal with the added post-release costs.

THE QUEST FOR A MULTI-PLATFORM RELEASE

The greatest challenge ahead, is related to the fate of the Havok based custom engine we built for the game. As I mentioned in a Nov 2016 update, we have since lost our console (XBoxOne and PS4) path due to Microsoft finally scuttling the Havok Vision Engine after their purchase of Havok. That pretty much leaves us with an almost complete PC only game, with no hope of a console version of the game.

These are the choices:

1) Release the current PC version in the coming months. Cancel the console versions.

The path of least resistance, and the less risky one. Except for the part where we would then have to recoup dev costs from a single PC game, as opposed to a multi-platform game.

2) Release the current PC version in the coming months. Continue with the UE4 version for consoles.

Another option that’s less risky in the short-term. Except that the PC version may impact the console versions depending on how long it takes to get the console versions out. It also means that, like in the old days whereby PC and console engines were very disparate, we would have to support and update two engine versions in the long-term. Even if we used a third-party studio like we did with our other spin-off Line Of Defense – Tactics, it still means some disparity across the PC and console versions in terms of support, updates etc. And of course it means additional expenses.

This adds, not only additional costs, but also a delay period of 12-14 months between the PC and console versions; assuming that they are not done in tandem.

3) Not release the current version. Complete the UE4 port as a multi-platform target.

The best option, as it unifies and yields a multi-platform game. It is also the most expensive due to the revenue loss from not releasing the completed PC version, while increasing the dev costs. if you want to know unblocked games free website then you must consider this game without a doubt.

In addition to added costs, this options also adds a delay period of between 8-12 months.

WHERE DO WE GO FROM HERE?

At this point in time, we’re still proceeding with option #1, though I have not yet ruled out the console versions. Until we wrap up the current PC version in the coming months, it won’t be clear to me which of the two remaining options to take.

Game development isn’t glamorous; and sometimes you end up having to make decisions like this in order to keep a project on track, and a studio afloat.