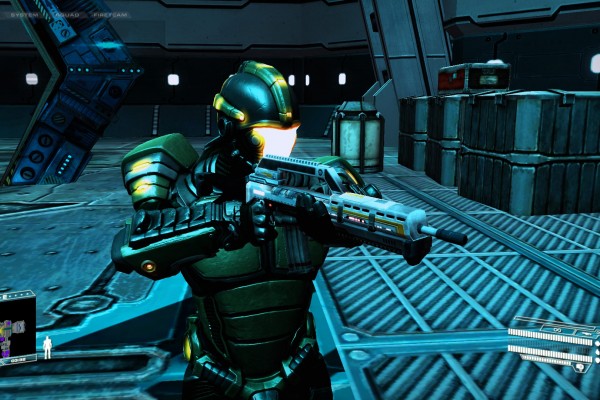 In previous updates, I mentioned that we had started working on wrapping up the key aspects of the game, while addressing some much needed visual improvements. I also discussed the game’s custom engine, it’s visual style etc. In another update, I also discussed the dance between performance vs visual fidelity.

As you can see from the changelog, progress has been fairly steady, and it’s all coming together nicely I think. It’s a massive game, with a LOT of pieces that need to be tied together for a cohesive whole.

While this is not the largest (that would be Universal Combat series) game that I have designed or developed, it has presented a lot of challenges in terms of catering to the ever changing industry, player metrics and styles etc. Since I first designed this in 2009, right through to the complete trashing in 2011 of the original game engine we were building, it has been one challenge after another.

The most interesting one to me is that, despite there not being any games like this (the outstanding Planetside 2 game is the last of this class of games) in development, it has been a bit of an uphill battle trying to explain what exactly this game is and does. Building a massive all-encompassing game which features infantry, vehicles, aircraft (space and planets), interior areas, a ton of weapons, things to do etc, is just the tip of the challenge iceberg. Then you have to decide just how far you can go with the visual fidelity before you lose the majority of the intended player base due to performance issues.

Even more interesting is that those who aren’t even the intended target audience, are mostly the ones clamoring about visuals, and who don’t understand that as an experienced designer, I have to weigh gameplay vs visuals. The game’s art direction is very specific and strikes that balance.

Anyway, as things wind down to the final stages to the 2016 release, aside from general bug fixes, tweaks, performance improvements etc, the following primary features are left to complete and/or release for public testing:

Now that we’re in the final run, and have seen how far we can push the engine even though we still have some room for further optimizations, we have started going through all the game assets (most of which were created as far back as 2010!) and picking out those which have room for improvement without impacting the performance of the game. Also, most of them were created with the previous engine iteration as the target.

In the 00.09.06.03 released on 15-10-23, we started replacing some of those older assets. In that build, we added the new Assault Force Marine character, as well as the FG45 assault rifle weapon. Here is a new album showing some of these. The next major build which introduces the aircraft, will show the new X21-Aurora fighter and its new 3D cockpit. You can see these in a previous image album.

Going forward, we are going to replace all of the following assets with new and improved versions. Not all assets (e.g. most of the aircraft are fine) are going to need improvements though. And due to how the game engine is designed, this in-game asset replacement is fairly effortless. This allows us to include new assets which are ready and can be included in on-going build releases.

The game was designed to have the following gameplay modes:

One of the most difficult gameplay modes to fine tune and balance is related to co-op play such as base capture. And in a game with no PvE, the incentives have to be attractive enough to make it worthwhile. These are not modes that players can just select from a server browser based on what they want to play. Once they are implemented, you’re stuck with them. And if they are not fine tuned correctly and/or balanced, nobody is going to bother playing them.

Speaking of PvE, the game has none. Which is where the World Events come in. Using the Androids with advanced AI, the idea is to provide some sort of PvE option for all players on the server. As these are not standard modes, they will need to be activated at specific times, replacing the base capture modes when running.

The Hostile Intent world event is in the process of being re-designed to have more focused game play that is specific to a scene. The idea is that the 4 planetary bases, 4 stations, 1 carrier and 4 space regions, will all be running a specific type of mode. This allows players who prefer a certain game type (e.g. space combat in space only), can continue to play just that aspect of the game without ever getting involved in any other (e.g. infantry combat) mode or being forced to.

The Starguard carrier has the detention center. The mode starts everyone on deck 3. The spawn points are arranged such that one side (Military or Insurgent) is limited only to the area of deck 3 where they can still use the DJP and HAIS-MK2 suite at the airlock. The goal would be to complete 3 or 4 objectives (i.e. hack and hold 3 terminals). Once the terminals have been hacked, they can attack and destroy the command module at the end of the deck. Once the deck has been compromised, the battle moves on to deck 2 and eventually deck 1 in a similar fashion. If the advancing team wins the three decks in the given time, they win the round. It then resets and starts in reverse. Extra Combat Experience Points are earned based on the number of players that participated in each event.

Also in the 00.09.06.03 build we introduced several features designed to assist new players and introduce them to certain aspects of the game. These tweaks include mouse-over tooltips for icons on the game map, as well as icons showing the number of clients in each of the scenes. One other tweak that is going to be coming is a “flashpoint” indicator on the scene selection interface. This will show the scene with the greatest conflict in progress.

What has been interesting to note is that, even though the game scenes are massive and have a real-time map in the HUD, I still hear some new players talking about being lost. This despite the fact that in most games, players are smart enough to just wander around, figure things out etc. So I went ahead and wrote a quick help interface which we then incorporated into the GUI and activated using F6. This was after we had already implemented an in-game 3D hint system located right there in the spawn area with instructions on how to “get the hell off the ship”.

People, the mini and full scene maps have icons showing where everything is, your direction of travel etc. The in-game docs show you how to get around. It’s not rocket science. If you have a Starter Kit, you are forced to spawn in the Starguard carrier. If you want to go to the planet below, you either use a DJP or an HAIS-MK2 suit (if you are going to use this, you probably shouldn’t pick a spot too far from the central map area) at an airlock. And once aircraft are unlocked in the next major build due out next month, you can also use an aircraft to fly out to space, then use a jumpgate to enter the planet below.

So just figure it all, OK? It’s all there. All you have to do is, well, read the provided docs.